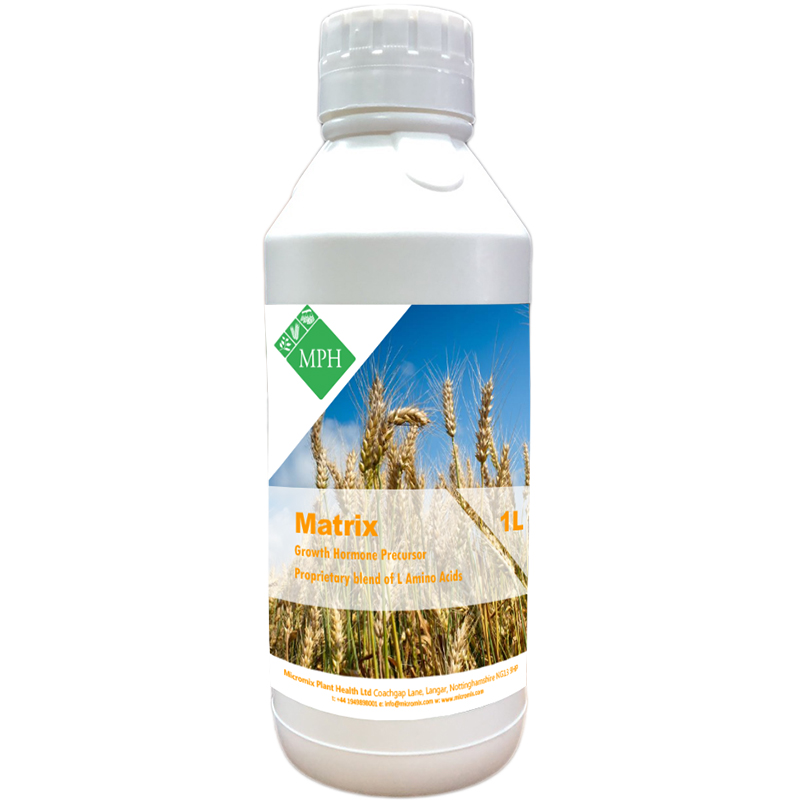 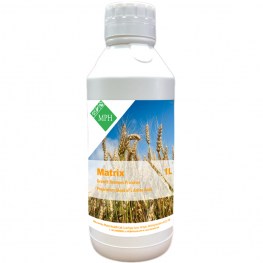 Matrix/ Radical is a completely unique concept from Micromix technology. It contains a number of unusual ingredients, which although independently show little biological activity, combine to produce a powerful true biostimulant effect termed “synthormone” by stimulation of the plant’s own hormone producing process.

It is a truly unique formulation which has no nutrient value and yet produces a strong response from actively growing plants. It is important to stress that Matrix/Radical is not a growth regulator product - the biostimulant effect comes from stimulating plants into producing more growth hormones themselves, and more importantly, to produce them at the edges of the envelope in conditions when growth would normally be tailing off.

It has been well recognised in recent years that the maximum potential of field crops is determined during the vital survival and development period during the first thirty days from germination. Matrix/Radical functions during this early growth period to establish even and well rooted crops, with high-potential crops generating the best response. Usage during reproductive growth has demonstrated the ability to improve stress resistance and earliness of harvest.

Matrix/Radical supports growth and particularly root development throughout vegetative growth stages. The products are particularly dose responsive with over-dosing having a negative effect on growth. In recent years usage on a wide variety of food crops from field vegetables to cereals have been generating yield and quality increases for growers around the world. During recent drought conditions Matrix/Radical has been a vital part of drought amelioration strategies on combinable crops in Northern Europe.

The difference between Matrix and Radical is that Matrix includes a full dose of synthetic latex rain-fastening agent that facilitates better uptake in autumn conditions and is optimised for cereals and rape crops. Radical does not contain the synthetic latex but is formulated for more activity on broad leaved crops and is most effective on Sugar Beet, Potatoes, Carrots and field brassicae.

Matrix/Radical has been designed to complement nutritional and disease control regimes, promoting maximum root development and improving both speed of growth and the health of plants from 3- leaf stage to the end of vegetative growth. Matrix/Radical consistently builds extended rooting, drought resistance, yield and quality, generating maximum returns for the grower.